Your project
in good hands. 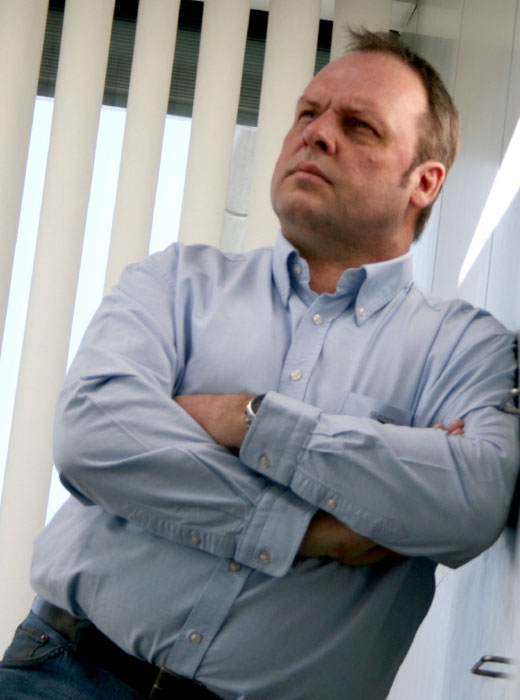 In 1992 Bernhard Brain founded the company „AMB Apparate- und Maschinenbau“ and later sold it 2007 as „AMB Automation“ to Swiss Meyer Burger AG. Until 2010 he continued in position as CEO and was able to continually expand until they had not less than 60 employees along with a significant annual estimate.

His longtime experience as developer, engineer, in sales and distribution, as CEO and associate, as well as his knowledge as an employer and manager, enable him to develop and design creative solutions of highest efficiency and efficacy.

In the „AM-Brain GmbH & Co. KG“, Bernhard Brain takes on the role of the know how provider who takes over supervision of all subsections of a project. This assures the trouble-free and straight realization of tasks of any type.

In terms of manufacturing and assembly, AM•Brain GmbH & Co. KG will largely work self-sufficiently and independently, while it is still possible to rely on several former partners and suppliers of AMB Automation, if required. Hence, it is possible to scale and dose capacities as well as capabilities in the most flexible way. This results in a great variety of services all about mechanical engineering that AM-Brain is able to offer. Cooperating with long term reliable partners enable them to act quickly and efficiently in constantly changing markets.

Despite the common trend among engineering companies to outsource their manufacturing, we are committed not to do so. Especially in the sector special mechanical engineering this enables us to stay forceful, quick and flexible for the best possible quality and punctuality – thus, in the end, to achieve the highest level of customer satisfaction.